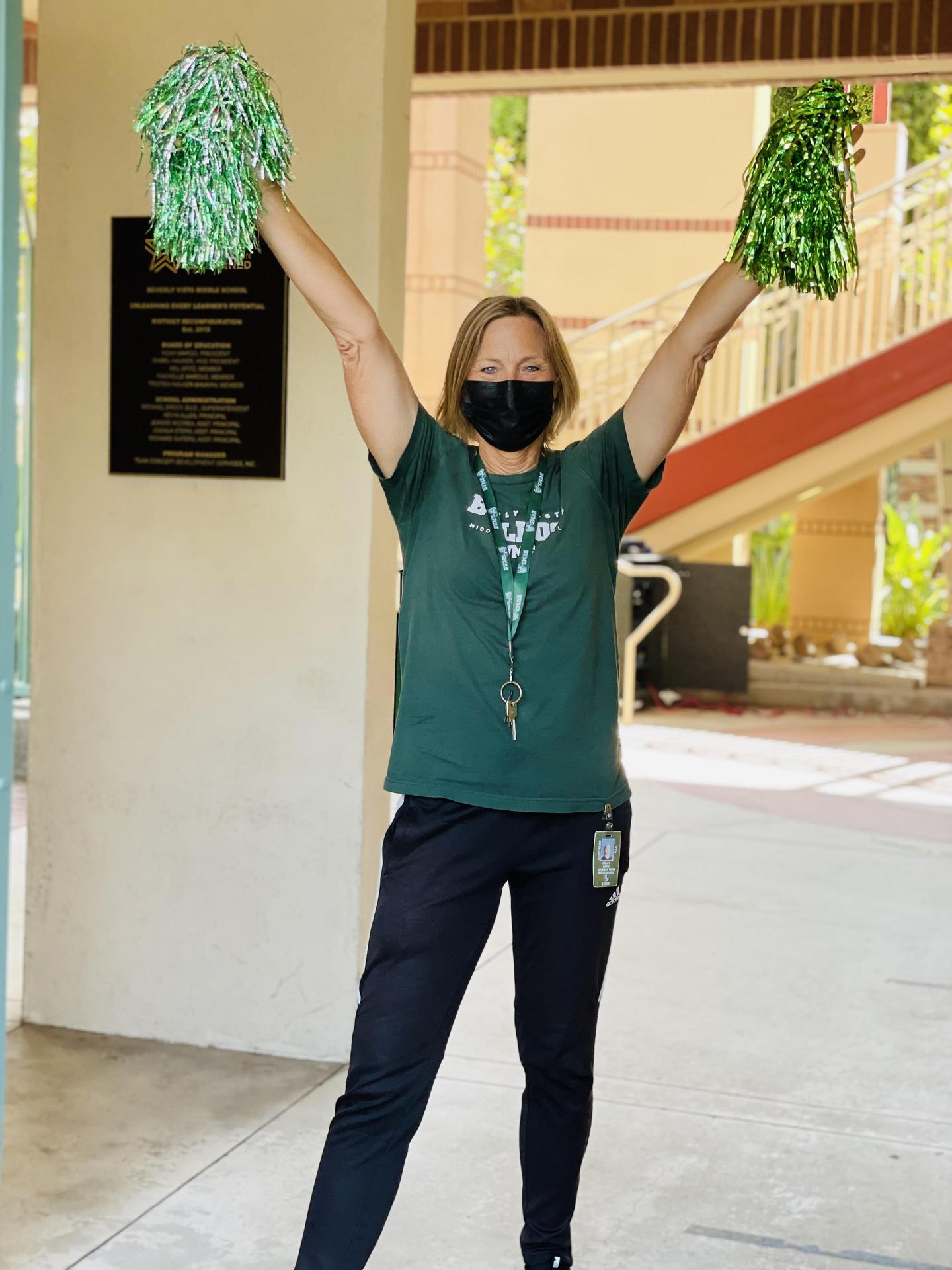 We are so excited to continue working with Coach Park in 2022-23!

Kelly Park was raised in Monahans--a small West Texas oil town with tons of school spirit and sense of community. She embraced her high school years and was valedictorian, an all-state volleyball player, member of a state champion volleyball team in 1979, and an all-state swimmer.


Kelly earned her Bachelor of Science and Master of Science at Texas Christian University, and was a four year member of the swim team at TCU.


Kelly moved and completed her Master of Education from University of Houston, and then started her official teaching career in January 1989.  Kelly taught PE  and coached a state championship girls varsity volleyball team during her three years at Second Baptist School in Houston.


Kelly  was married in 1992, and moved to San Diego with her Navy helicopter pilot husband. She taught PE in Oceanside Unified School District, and coached high school girls varsity volleyball for three years.


After moving to Los Angeles in 2003, Kelly taught both Earth Science in LAUSD and PE in Pasadena USD until getting hired into BHUSD in fall 2014, where she taught K-8 PE at El Rodeo for five years.


Kelly transferred to BVMS in fall 2019 to help launch our first ever middle school in BHUSD, and was an Apple Award Winner for the 2020-2021 school year.


In the 33rd year of her career, Kelly is currently teaching PE, coaching volleyball, is the Four Core/PBIS Site Coach, the “T” in the PTA organization, and the Tobacco Use Prevention Education Coordinator.

She is excited to BUILD BULLDOG NATION!!!